ROXBURY (CBS) — A 15-year-old boy was arrested Wednesday morning after police say he fired a gun during a struggle in the lobby of the Boston School District headquarters building in Dudley Square.

Boston Police said the shooting took place around 9:20 a.m. at the Washington Street building, where students sign up for classes. 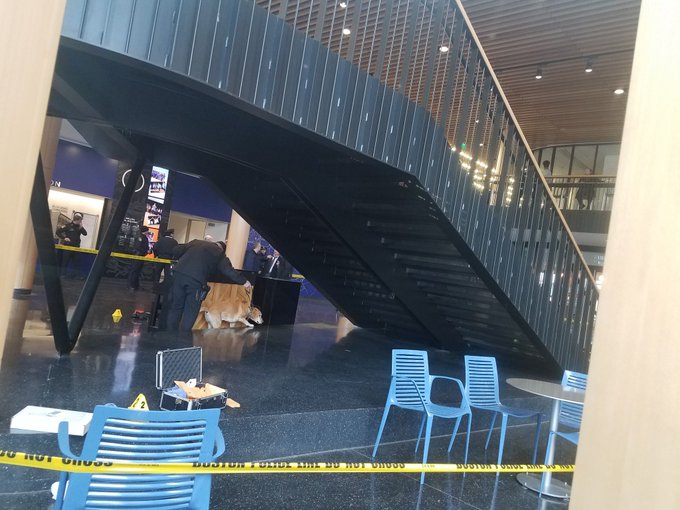 The inside of Boston school department headquarters is a crime scene. Where shots were fired.

BPD Commissioner Bill Evans said the shooting arose from a confrontation between the 15-year-old and another child who was walking down from the second floor with his mother after registering for school. He said the two are believed to have known each other.

“There was some exchanging of words. At that point, one of the individuals went into his backpack, pulled out a large semiautomatic handgun. A struggle ensued, where in that struggle, one shot was fired,” said Commissioner Evans.

Evans said the gun, a .40 caliber semiautomatic pistol, fortunately jammed after one shot was fired into the floor, and no other shots were fired. He said three building employees then pounced on the 15-year-old, holding him down and kicking the gun away. 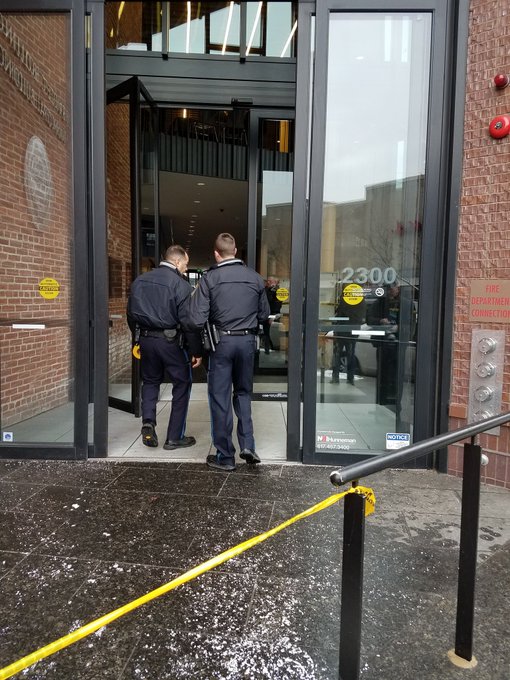 Police credit 3 employees in school department headquarters for tackling the fifteen-year-old who fired a gun.

He praised the three employees, as well as MBTA Transit Police and Boston Police officers for their quick response in arresting the boy.

“He’s only a young kid,” said Evans. “He looks like a baby. But at the same time, I’ve seen the size of the gun. It’s unfortunate, like the Mayor said, that we have young kids running around this neighborhood with such firepower in their backpack.”

That young boy is due in court later Wednesday.

Nobody was injured in the incident. 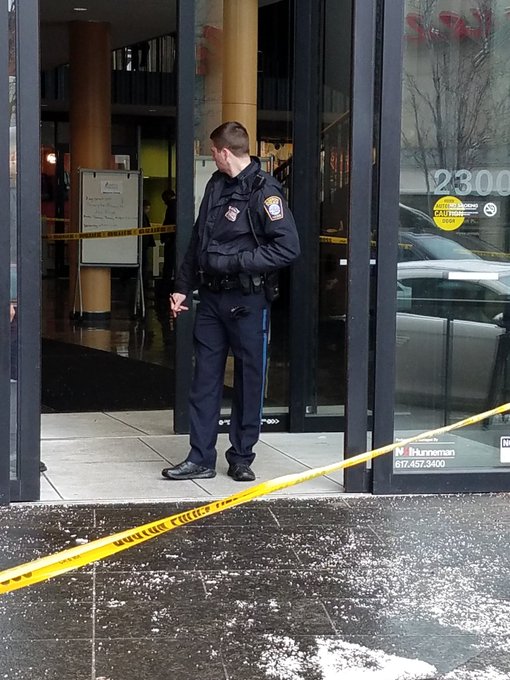 New info: one 15 year old is arrested. Police say he fired a gun during a struggle with another teen inside School HQ. No one hurt.

Boston Public Schools staff sheltered in place after the shooting. Trauma teams have been sent to work with the staff.

“Nobody was aware of this at first but within a minute of the incident we were all of a sudden being moved to a secure spot,” said employee Darren Copeland.

Witnesses told WBZ-TV’s Christina Hager they were stunned to hear a shot fired in the busy office building, and then see police streaming in.

“I heard screaming, too,” Walker said. “And I heard a struggle as well.”

One neighbor said he hoped the school department would follow the advice of the police in making the building more secure.

“Every time we have a shooting in the City of Boston, it comes right back to the fact that young people have access to too many handguns,” said Walsh. “And we’re going to continue to work with our police department, with our partners in the community, with the neighborhoods, to try and continue to take these guns off the street.”

The Bruce C. Bolling Municipal Building, where the shooting took place, houses the Boston Public Schools District Headquarters along with the Department of Neighborhood Development.

It also houses retail stores and restaurants. It had been open for about an hour at the time of the shooting.

Several police cruisers were present at the scene Wednesday.

Evans said his department would work with the school department to tighten security at the building.