By Bhvishya Patel For Mailonline

This is the heartwarming moment a three-year-old girl beams with pride as she meets her baby sister for the very first time in hospital.

During the footage, which has since received more than 27,000 on social media, older sister Molly, from Wynnewood, Pennsylvania, cradles her newborn sister Cora tightly in her arms and can’t take her eyes off the new bundle of joy.

As the toddler gently pats the baby’s head and offers her multiple kisses, mother Heather Conley is heard telling her child: ‘Be gentle.’

Knowing she must be gentle with the little baby, Molly tells her new sister: ‘You just came out of mommy’s belly. I won’t drop you … I won’t let you go anymore.’ 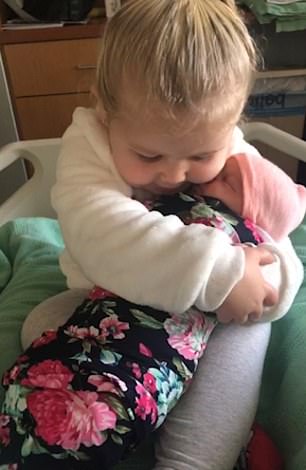 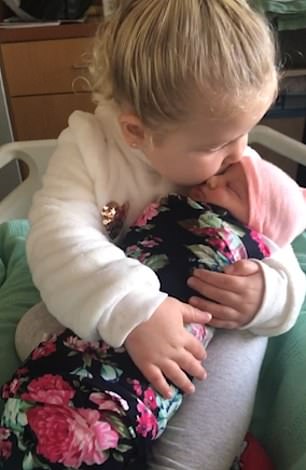 Molly (left and right with Cora) gently hugs her newborn sister and offers her multiple kisses as her mother, Heather Conley, watches on and tells her daughter to ‘be gentle’

In the touching clip, Molly gently pats her baby sister’s head and gives her a loving hug.

The caring toddler then offers Cora a gentle kiss and places her face against the newborn’s cheek before returning her gaze back to the newborn.

Mother Heather, who is carefully watching on from the bed, is overcome with emotion at the sight of the two sisters bonding and is heard saying: ‘I just got that on video.’ 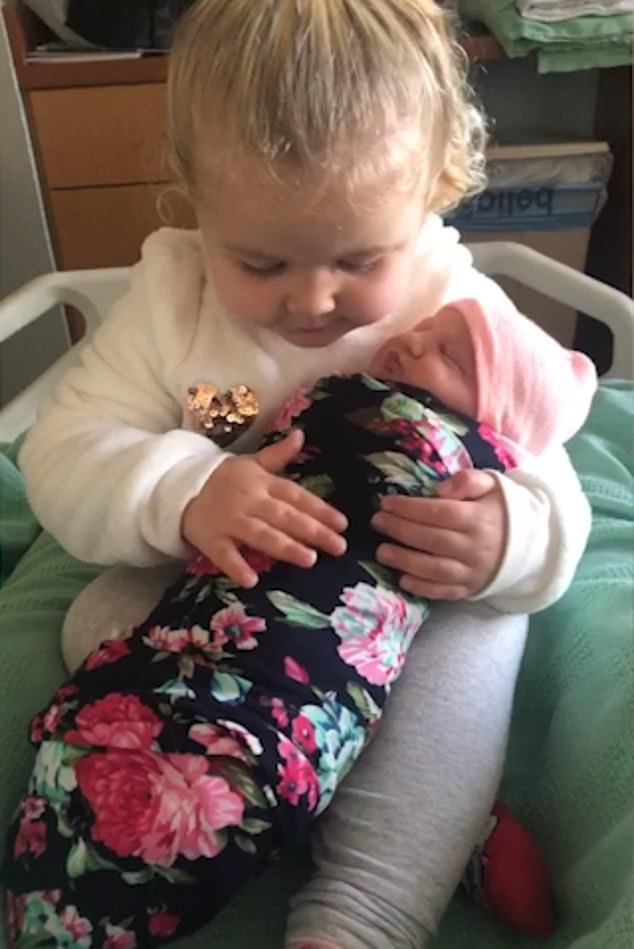 In the touching clip, the toddler strokes her sister and tells her that she will not drop her or let her go 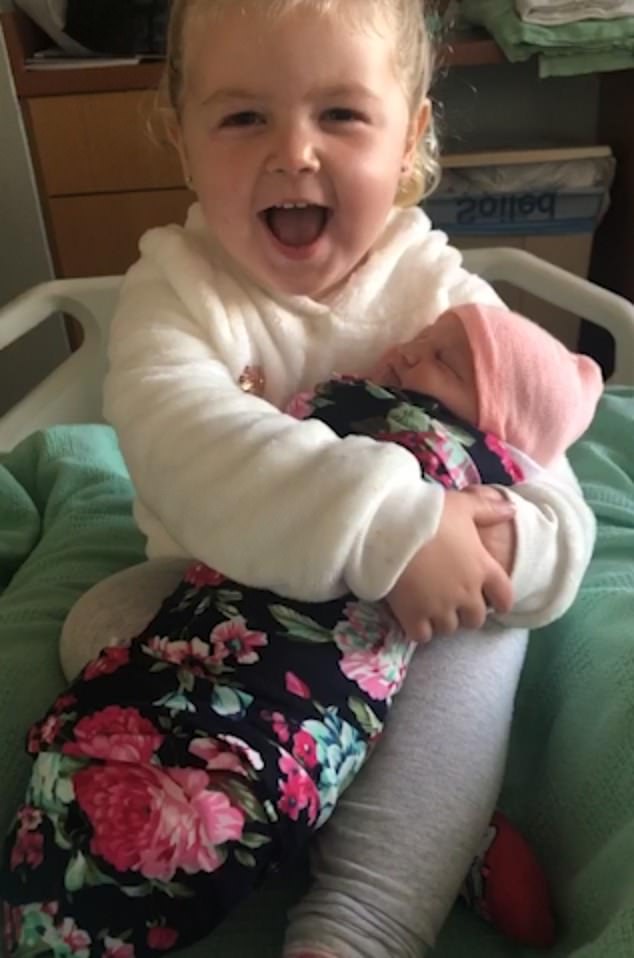 Molly beams with pride as she spends time with her baby sister and tells her mother: ‘She’s so cute’

As the video continues, Molly remains focused on her new sister and the toddler tells her mother: ‘She’s so cute!’ before asking: ‘Are we going to take her hat off?’

Heather later took to Twitter to share the heartwarming video with others in a post that read: ‘Molly meeting her little sister for the first time.

‘Molly and Cora’s video is up to 12.4K views on Facebook everyone loves it is it’s just so innocent. Shocked I caught this on camera.’ 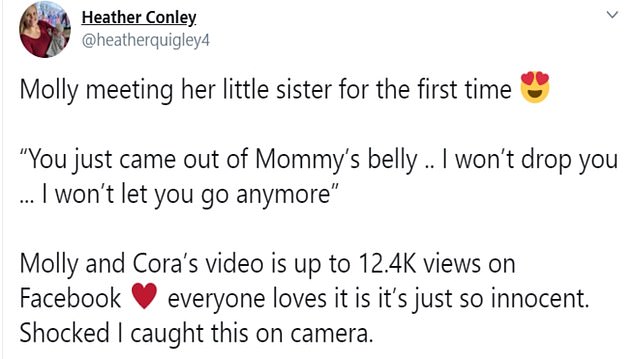 Following the post, social media users rushed to the platform to share their thoughts on the candid moment caught on camera.

One user wrote: ‘This is the sweetest thing I’ve ever seen.’

While another commented: ‘What a little sweetheart; so adorable!’

Another user added:  ‘This is precious.’ 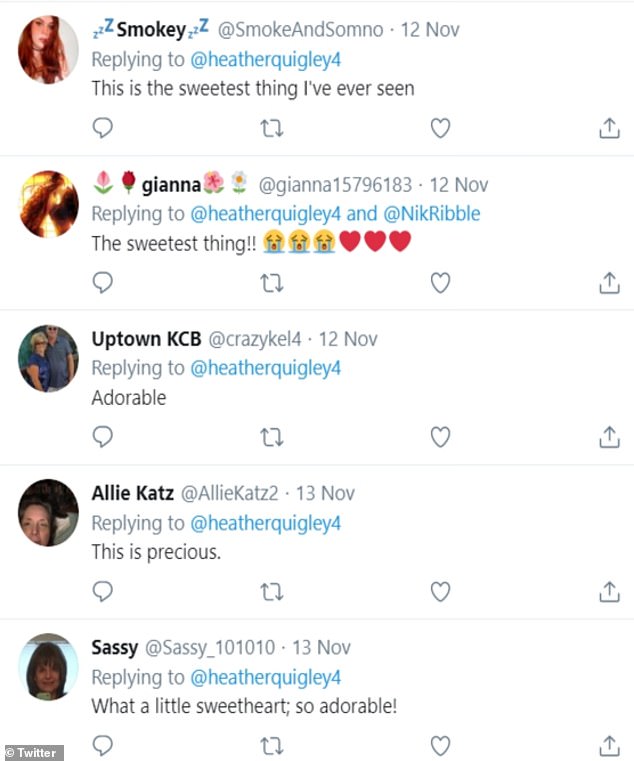 Following the post, social media users shared their thoughts on the candid moment, with one stating it was the sweetest thing they had ever seen