Good evening, SoCal. We’re wrapping up the day for you with the most important stories you need to know and your weather outlook.

It was a cool, dreary day around Southern California Wednesday, and some locations even picked up a little light rain.

There is a chance of additional scattered light shower activity Thursday morning as a second piece of energy dives down the California coastline, giving many a 20 to 30% chance of rain. Rain totals will be largely unimpressive, ranging from a trace to a tenth of an inch, at best.

Los Angeles Unified School District Superintendent Austin Beutner will step down when his contract expires June 30, he announced Wednesday in a letter to the district’s Board of Education, saying the role is “the most rewarding job I’ve held during my nearly 40-year career.”

In the letter, Beutner asked the board to allow his contract to expire “as planned,” saying that a “new superintendent should have the privilege of welcoming students back to school in the fall.”

Beutner has been LAUSD’s superintendent since May 2018. He suggested that the board could quickly find a replacement from within.

“I will remain focused on the task of ensuring that schools reopen in the safest way possible while helping in a seamless leadership transition,” he wrote. “I believe the next superintendent of Los Angeles Unified can be found amongst the current team and she or he will be well placed to continue the progress at this critical time. The leadership ranks of Los Angeles Unified have never been stronger and I know you share my gratitude for the commitment of the women and men who answer the call to serve in public education.”

Beutner’s departure caps the most tumultuous year in the district’s history, with all campuses forced to close due to the COVID-19 pandemic and all classes turning on a dime from in-person to online. Beutner also shepherded the district through a teachers’ strike in 2019.

Roughly 80% of Los Angeles County residents will have to get a COVID-19 vaccine before the area reaches a point of so-called “herd immunity,” the county’s public health director said Wednesday as she laid out a series of statistics hoping to ease the fears of people who may remain hesitant to get vaccinated.

As of Sunday, a total of 6,488,391 doses of COVID vaccine have been administered in the county. That number includes people who live or work in the county. Of that total, more than 2.3 million were second doses, meaning those people are fully vaccinated.

Public Health Director Barbara Ferrer said the county has made great strides in the past 10 weeks to increase vaccinations among Latino, Black and other communities that have been harder hit by the pandemic. During that time frame, the county has seen a 170% increase in the rate of Black residents aged 65 and older being vaccinated. Among black residents 16 and older, the rate increased more than 300%.

Among Latino/a residents, the rate has jumped by more than 400% among people 16 and older.

The United States will likely surpass President Joe Biden’s goal of administering 200 million shots within 100 days on Wednesday, Biden announced from the White House — hitting the benchmark with more than a week to go before Biden’s hundredth day in office.

The number is also double Biden’s original target of 100 million shots in his first 100 days, which he originally laid out in December of last year.

“I’m proud of the work my administration has done to get Americans vaccinated. But more than that, I’m proud of the American people,” Biden said, adding: “This is an American achievement, a powerful demonstration of unity and resolve, what unity will do for us, and a reminder of what we can accomplish when we pull together as one people to a common goal.”

Despite the massive surge in vaccinations across the country, Biden said there is still much more work to be done. As of Monday, April 19, all Americans aged 16 and older are eligible to receive the vaccine, and the president encouraged every single person to do so when they are able.

“To put it simply, if you’ve been waiting for your turn, wait no longer,” Biden said. “Now is the time for everyone over 16 years of age to get vaccinated.” 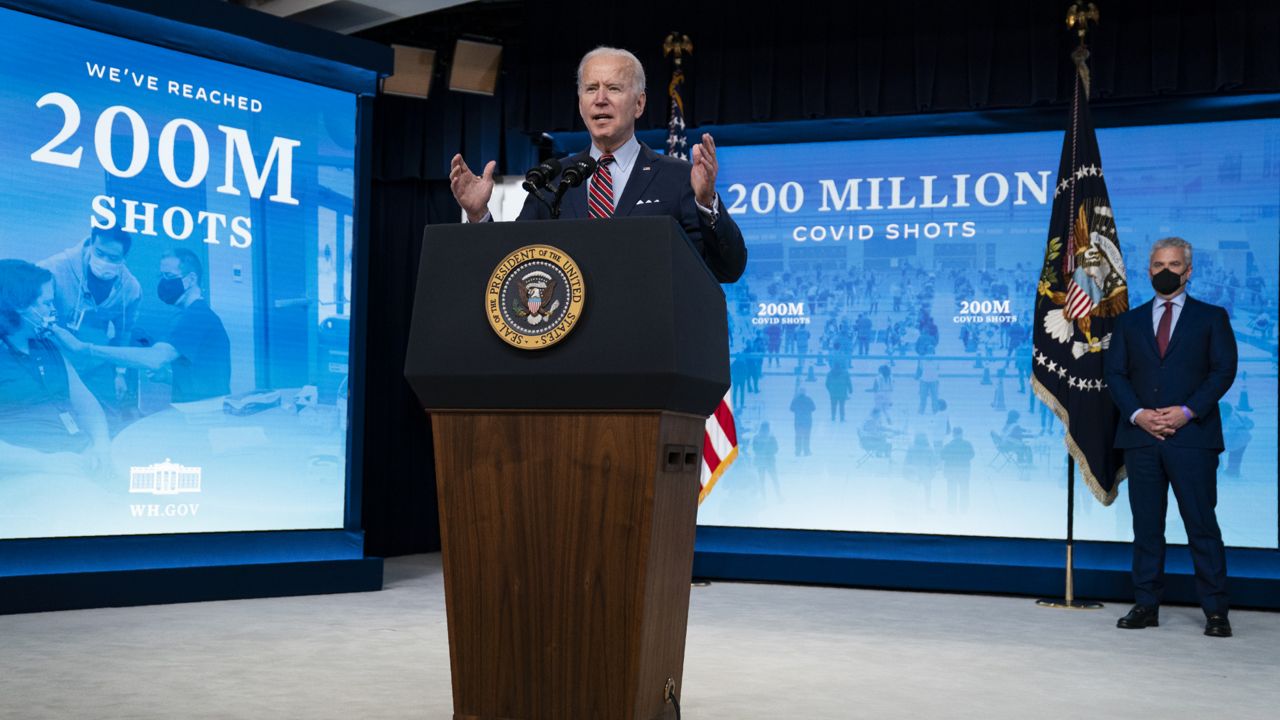 A plan by Southern California police to release body-worn camera video from officers who responded to a deadly office shooting was quashed by prosecutors.

Police in the city of Orange called a news conference Wednesday to release footage related to the March shooting that killed four people, including a 9-year-old boy. An hour later, police spokeswoman Lt. Jennifer Amat reversed course, saying the district attorney was concerned it could jeopardize the case against the suspected shooter. Amat declined to answer questions about the decision.

Orange County District Attorney Todd Spitzer sent a letter earlier in the day asking police not to release the nine-minute video they had prepared, which included portions of 911 calls and footage in which gunshots are heard.

“While new laws require your department to release videos after the incident occurs, there are exceptions when there is an on-going criminal prosecution,” Spitzer wrote. “Releasing the video could have a negative impact on the prosecution of this case and the future decisions about this case.”

Your Notes for Tomorrow

In Case You Missed It 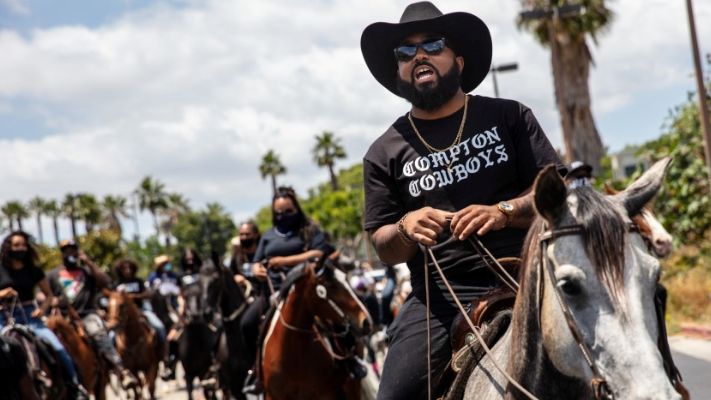 After taking over his aunt’s working ranch, Compton Cowboy Randy Savvy developed an equestrian program to serve inner-city youth at risk for dropping out of school, incarceration and poverty.

In response to the violence and trauma around him, Savvy also makes music, and his single, “Colorblind,” served as an essential anthem during last summer’s protests. In an interview for “LA Times Today,” Savvy joined host Lisa McRee to share his story.