Students and staff from Queen Mary have delivered a multifaceted response to the crisis so far.

Students and staff on the NHS frontline

In March, 18 final-year Barts medical students were trained to begin supporting the NHS immediately, helping doctors and nurses in adult critical care at The Royal London Hospital. They were followed by many more student volunteers who took part in a broader training scheme to support hospitals during the crisis.

Fourth-year Dentistry BDS student Tallulah Hall volunteered at her local hospital in Kent, where she describes joining an “eclectic and chaotic new work family, surrounded by pharmacists and physiotherapists, nurses and nutritionists, and doctors and dental students. There was a warming unity in the fight against an invisible enemy.”

Queen Mary also released its clinical staff from their academic duties to support the NHS. Swati Nehete, Senior Clinical Lecturer at Queen Mary’s Institute of Dentistry, was redeployed to the Maternity wards at The Royal London Hospital during the crisis. In her blog, she described it as “an interesting and informative experience. It is my miniscule contribution to the national effort and I am indebted that Barts Health NHS Trust has allowed me to be a part of this.”

Our Queen Mary communities, including researchers, clinicians and support staff, have stepped in to supply the NHS with personal protective equipment (PPE) and help make up the shortfall. 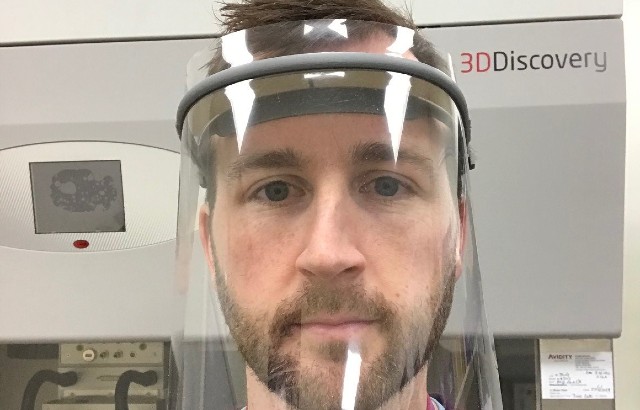 Queen Mary’s Blizard Institute has been working with colleagues in the School of Engineering and Materials Science, School of Electronic Engineering and Computer Science, the Institute of Dentistry and Barts Health NHS Trust to 3D-print new visors for frontline staff at The Royal London Hospital.

The visor manufacturing group has produced 16,500 visors to date – including rainbow visors supplied to the NHS Nightingale London Hospital – with another 6,000 visors to be made. Of these, 2,500 will be 3D-printed by 15 Queen Mary staff and five students, and the rest produced by industry partners.

Queen Mary has also sourced PPE donations from its international partners, including 30,000 face masks and 10,000 gowns. The University donated supplies to St Joseph’s Hospice in Hackney after they declared a critical shortage, including 80 boxes of gloves and over 200 pairs of eye protection. 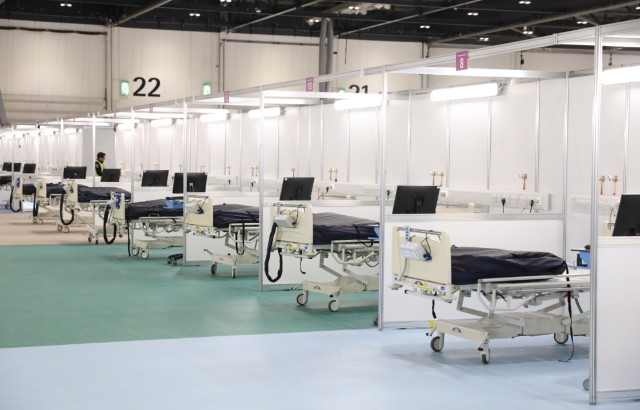 Coronavirus patients were recruited into clinical trials to understand why some people become severely affected by the disease, and to investigate ways to improve survival rates. The group is also working to curate a large, de-identified research data set which will form a rich data source for future COVID-19 research by Queen Mary, Barts and others worldwide.

Using University facilities, 120 volunteers – including staff and students – were rapidly trained to enable research delivery. More than 1,500 people were recruited to COVID-19 research projects. By mid-May, the group had recruited over 600 patients across five “Chief Medical Officer priority” clinical trials, to which the group became the UK’s top recruiter.

Just 10 days after the opening of the NHS Nightingale Hospital, patients were already enrolled in trials. This process, which would usually take months, was made possible by the teamwork and courage of volunteers from across the NHS, Queen Mary and other universties.

A nationwide study led by Queen Mary is aiming to recruit a diverse group of least 12,000 volunteers to take part over five years. The study, launched in May, aims to understand the risk factors for coronavirus; why it affects some people more than others; whether it has long-term complications; and the impact of COVID-19 on the physical, mental and economic wellbeing of the UK population.

The study has gained coverage in national news outlets including BBC Radio 4, the Express and Mirror, and recruited more than 6,000 participants in its first three weeks. 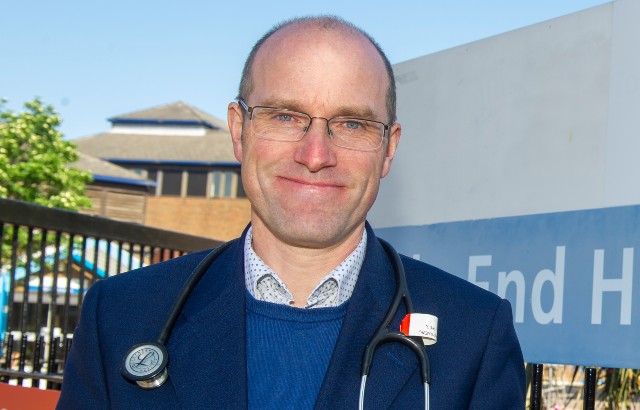 Study lead Adrian Martineau, Professor of Respiratory Infection and Immunity at Queen Mary, said: “We know that people with certain medical conditions seem to be at increased risk of coronavirus disease. However, we don’t know why this is. Is it because people with these conditions tend to be older? […] Or are lifestyle factors such as smoking or different dietary patterns which tend to go along with some of these conditions important? The answers to these questions could help us to devise new strategies to reduce infection risk, while we are waiting for an effective vaccine to come along.”

The team also hopes that the data gathered will help to explain why the number of cases and deaths from COVID-19 include a high proportion of people from black, Asian and minority ethnic backgrounds. 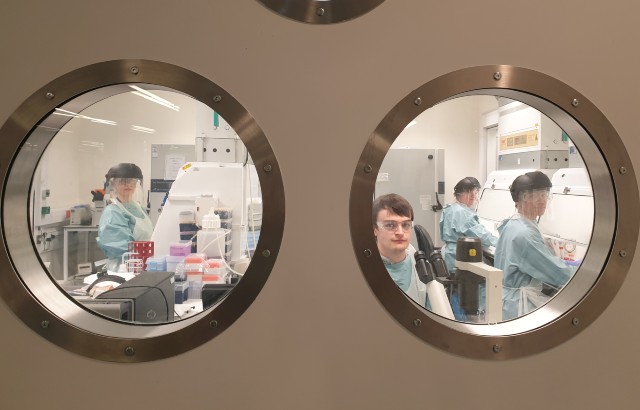 The project’s initial findings, published in The Lancet, suggested that the public need not fear contracting COVID-19 from hospital staff, who appeared to be at low risk of infection by patients. It showed that infection among healthcare workers was likely to reflect general community transmission than exposure within a hospital.

The researchers are collecting samples from over 400 staff at St Bartholomew’s Hospital displaying no coronavirus symptoms, with blood tests and nasal swabs taken at weekly intervals. Because of strict Health and Safety Executive rules regarding the handling of infectious materials, the samples are processed at the Blizard Institute in a special containment laboratory normally used to study HIV.