Case of missing Currituck teen was not trafficking 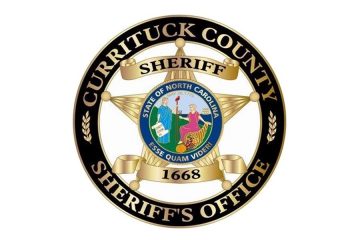 An investigation into the case of the 13-year-old Currituck County girl who went missing in late December and was found in Georgia a few days later has concluded it was not a human trafficking incident, but a runaway situation involving a female teen the girl had met over social media.

Faith Pellini, was seen walking on Tulls Creek Road on Dec. 28 with a suitcase before she went missing. She was found unharmed on Dec. 31 in a home in Spalding, GA.

“I had FBI, SBI and multiple officers from everywhere working on that case around the clock,” Beickert said.

Addressing a group of about 30 participants during a Jan. 18 “Human Trafficking in my Backyard” training session at the sheriff’s office, Beickert said the 16-year-old Georgia girl is someone the local teen had met online. “One youth met another youth from another state and that youth lured our youth away,” he explained.

The training session was hosted by the sheriff’s office, Outer Banks Hotline and Beloved Haven, a nonprofit organization located in Moyock that serves northeastern North Carolina and helps victims of sex trafficking.  That, Beickert added, was a big concern when the Currituck County teen first went missing.

“She had never physically met [the Georgia teen] before, and the reason I say that is because people are worried that ‘hey, do we have someone who has invaded our community and is trafficking young girls?’ And that has not been the case in this situation,” the sheriff said.

He added that the FBI and law enforcement in Spalding, Ga. are currently conducting the investigation, but added, “it is wrapping up.” No arrests have been made in the case.

While Beickert noted that there was never any evidence of human trafficking in the case, he said, “If this sixteen-year-old was a forty-two-year-old, it absolutely could have been…It could have definitely turned out much worse because [the Currituck teen] didn’t know where she was going. It coincidentally was the person she thought she was she was meeting with, but she didn’t know.”

Instructors during the training session stressed that human traffickers can often pose online as someone who is close in age with the victim, has common interests and makes them feel special.

Beloved Haven Executive Director Tina Pennington told the group at the Jan. 18 session that there has been an outpouring of concern in the community about the human trafficking following the December incident.

“Sometimes it takes something happening close to home, for people to start having the conversation,” she said. “We find that when young people leave home, especially at thirteen years old, there’s got to be someone who kind of lures them out.”

For his part, Beickert urged participants and community members to contact the sheriff’s office about any concerns: “This is your sheriff’s office…If you have any concerns about any of the issues we’ve talked about today, I’ll get you in touch with our Internet Crimes Against Children Task Force representatives.”