Viewers were on the edge of their seats last night after a plot twist during Dublin Murders revealed the secret identity of one of the investigating detectives.

The first episode of the new BBC crime drama, based on author Tana French’s books The Likeness and In The Woods, saw actors Killian Scott and Sarah Greene as detectives Rob Reilly and Cassie Maddox who were investigating the horrific murder of a young talented ballerina found in the woods.

But many of those watching were left gobsmacked by a plot twist that revealed Rob was involved in an eeringly similar missing persons case as a young child.

One viewer said: ‘Oh my #Dublinmurders is going to have me on the edge of my seat watching this. Twists and turns galore.’ 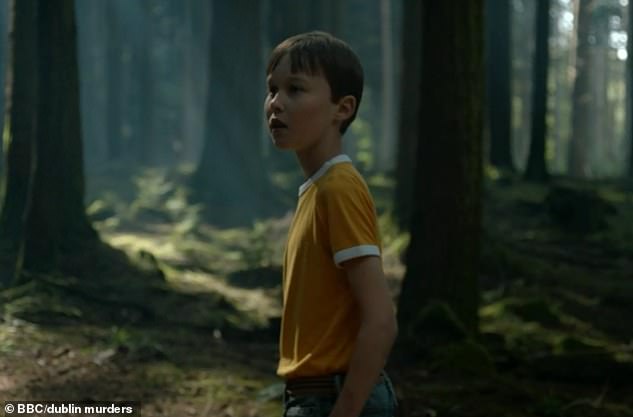 It was revealed at the end of the episode that DSI Rob Reilly was in fact Adam, a boy who had disappeared in the same spot Katy’s body had been discovered

Many of those watching said they’d been gripped by the drama, with some commenting the plot twists had left them on the edge of their seats

Another said: ‘First episode of #dublinmurders was amazing, definitely wasn’t expecting that plot twist at the end! Killian Scott and Sarah Greene are brilliant, looking forward to the rest of the series.’

The drama, which is set in Dublin in 2006, followed detectives Rob and Cassie as they tried to unmask the killer of Katy Devlin, a young ballerina who was found murdered in the woods close to the city.

But it quickly becomes apparent that the case has links to another case from the ’80s, in which three children went missing in the same area.

While one young boy was discovered by police, two of the other children remained missing and were never found. 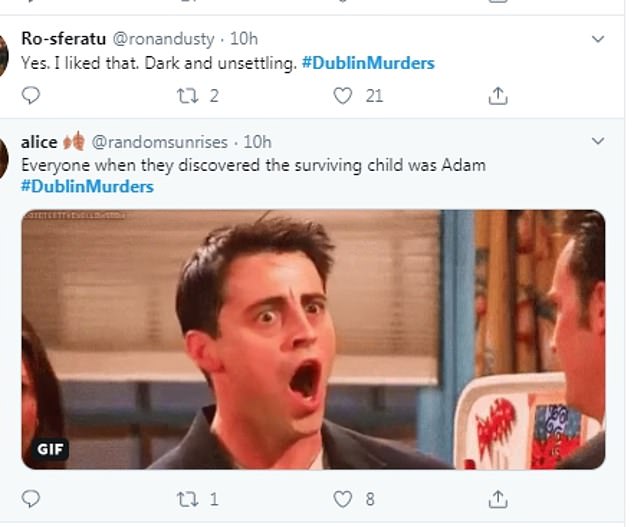 Viewers watching were left gripped by the plot drama, with many admitting they couldn’t wait for the next episode

Cassie and Rob appeared disturbed by the case, and quickly visited Katy’s family in order to inform them of her death as well as trying to uncover more details about the missing girl.

And while Katy’s family were devastated by grief, Cassie said she was suspicious of the way they acted and the slightly unconventional way they were dressed.

She admitted she didn’t want to be involved in the case, and suggested to Rob they try to get it reassigned. 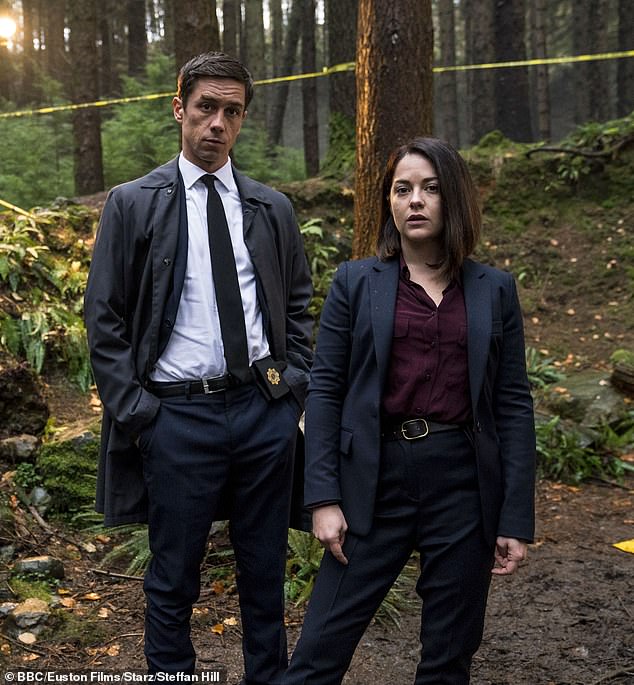 The detectives remained suspicious about the case, which saw a missing girl discovered in the woods having been suffocated to death

Cassie went on to try to persuade him to pass on the case claiming they’d focused on ‘too many dead kids’.

He agreed and later had a restless night dreaming of wolves attacking him, before falling out of bed and dislocating his shoulder.

The nightmare echoed scenes of the original case from the ’80s, in which a child named Adam was discovered by police dogs.

Cassie admitted she felt determined to ditch the case, ominously telling Rob that it was not one for them 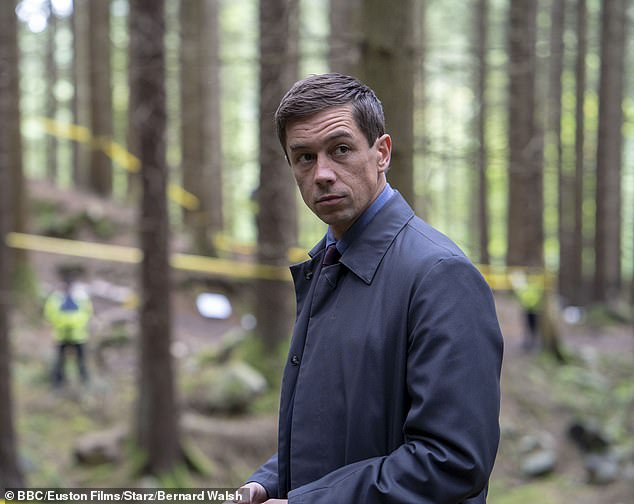 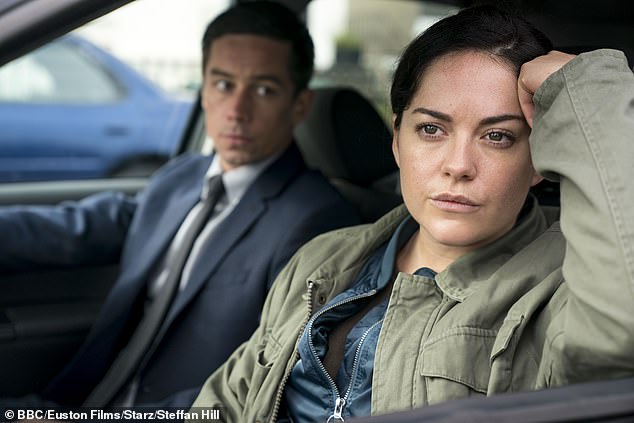 But as the case unfolded, the detectives appeared curious about what had happened, and decided to remain involved.

While trying to establish any connection between the ’80s case and Katy’s death, Rob was asked by his boss to dig into the original case of the three missing children.

But as he opened the evidence case files and picked through clothes, he appeared emotional.

He inhaled the scent from the t-shirt while scenes began to play out explaining what happened. 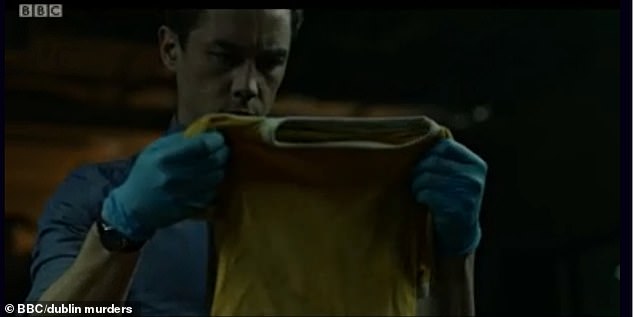 As he rifled through evidence from the ’80s case, Rob appeared emotional, and inhaled the scent of a young boy’s yellow t-shirt

He went to go visit his mother in hospital, taking her a bouquet of flowers, to which she replied: ‘Thank you Adam.’

And viewers were left stunned to learn that Detective Robert Reilly was Adam, one of the three children who had gone missing two decades ago.

Adam had been found alive, but was sent away to boarding school while his parents tried to deal with what had happened.

In a flashback scene, he was seen telling a new teacher who addressed him as Adam: ‘My middle name is Robert, I want to be Robert now.’ 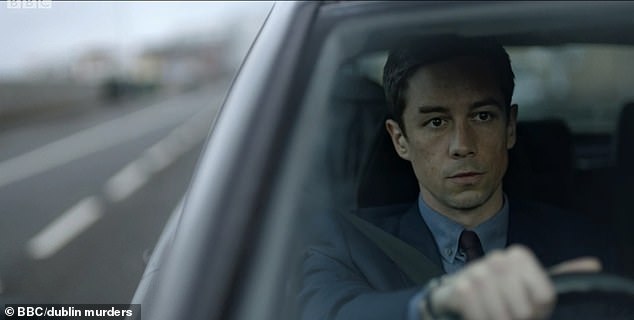 Viewers were stunned by the end of the episode, when a plot twist revealed that Rob was in fact Adam, one of the children had gone missing in the ’80s but the only one to be found

Viewers were left stunned by the BBC drama, with many commenting they couldn’t wait to see the next episode.

One wrote: ‘Well that got off to a fantastic start…I’m not sure who is who by the end of it. But the dad seems very creepy, is the big sister protecting little sister from him?’

Another commented: ‘I really enjoyed #DublinMurders tonight. Am hooked – need to see next one immediately.’

‘What an excellent first episode…looking forward to tomorrow night’s installment,’ another added.