By Lara Keay For Mailonline

The British Army has started using Chinese-owned video-sharing app TikTok to recruit youngsters despite fears it could be used for spying purposes.

Using the handle BritishArmyHQ, the Army is using the teenagers’ platform to post videos of soldiers taking part in training exercises and tanks firing guns.

Both the Army and the Guards Division now have accounts, which have accumulated more than 50,000 followers in total, and feature soldiers operating tanks and answering questions on life in the forces.

The US Army has banned personnel from the app after using it to recruit young people.

They fear tech bosses are forwarding data to the Chinese Government and have opened an investigation.

Using the handle BritishArmyHQ, the Army is using the teenagers’ platform to post videos of soldiers taking part in training exercises and tanks firing guns 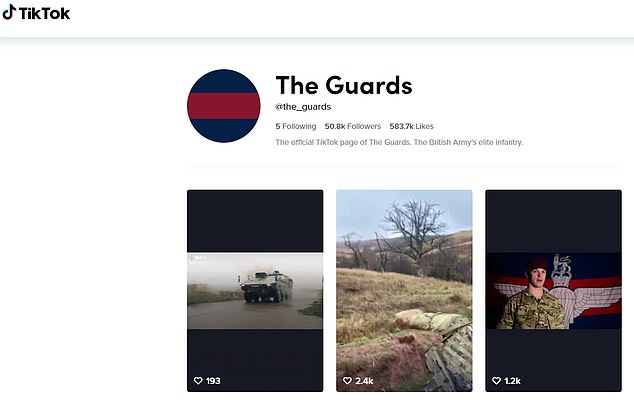 Both the Army and the Guards Division now have accounts, which have accumulated more than 50,000 followers in total

TikTok was founded by a Chinese developer in 2017. A similar Beijing-based platform called Douyin was launched in 2016 but now operates separately so it can comply with China’s censorship policies.

On the Guards Division account videos show soldiers marching to the song Following The Leader from Peter Pan and filming Action Man-style parodies in the Belize jungle.

One video is captioned: ‘It’s important when carrying a casualty not to become one yourself. #ouch #theguards #fyp #britisharmy #duet #jungle’

There are also explainer clips for young followers on Army slang and the famous bearskin hats.

The official British Army account shows a Challenger 2 battle tank firing its guns, while a second video features the parachute regiment jumping out of planes to the sound of an Avicii song.

The caption reads: ‘Not your average day in the office #para #parachute #foryou #foryoupage’

Individual soldiers have their own accounts as well where they post videos of themselves in uniform – one with a filter that makes it appear as though the man is smoking a cannabis joint.

Charles Parton, a former diplomat and fellow of the Royal United Services Institute, told The Sunday Times it would not be ‘wise’ for the Army to operate on the app.

He told the newspaper: ‘Nobody should be under any illusion that if the Communist Party wishes to use this information, companies, although they are private, would have to hand it over. That is the nature of the system.’

Colonel Chris MacGregor confirmed on Twitter the Army are ‘playing with’ TikTok to ‘understand it better’.

He said it is currently only being used for ‘unclassified passage of information’. 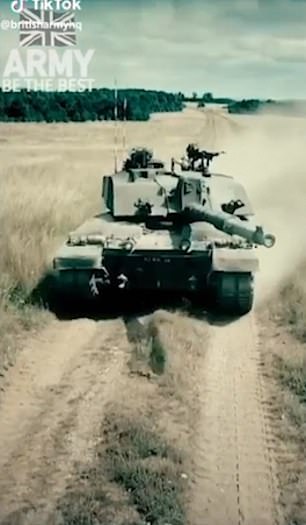 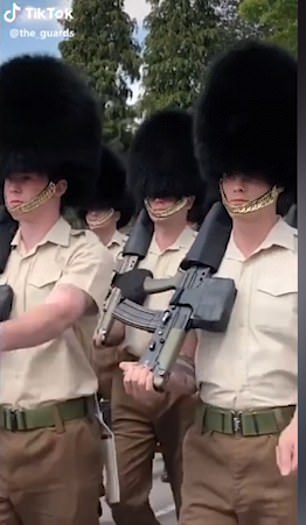 A British Army spokesman added: ‘We encourage our personnel to engage with social media and provide guidance how to use it safely and appropriately, including making sure they protect personal and operational security.’

TikTok was the most downloaded app in the US last year – just one year after Chinese parent company ByteDance launched it for use outside of China.

Boss Alex Zhu said he would turn down any requests for data from President Xi JinPing.

But TikTok term and conditions state that data may be shared with a parent or subsidiary group.

A TikTok spokesman told MailOnline: ‘We take our responsibility to protect our users’ data and privacy extremely seriously.

‘As a young company that is growing fast, people naturally have questions about these issues.

‘We are committed to helping people better understand our policies and how TikTok works.’

It stressed TikTok is not available in China and they are not obliged to pass on any data to Chinese authorities, adding:  ‘We have never been asked by the Chinese government to remove any content and we would not do so if asked.

‘Our data is not subject to Chinese law and UK user data is stored securely in the US with back up redundancy in Singapore.’ 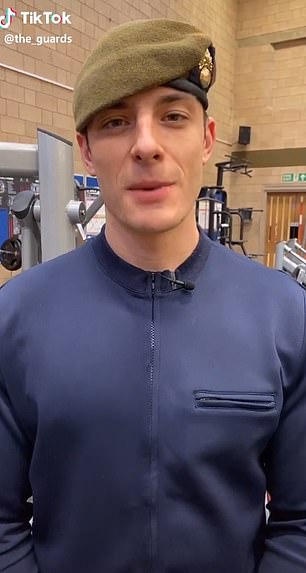 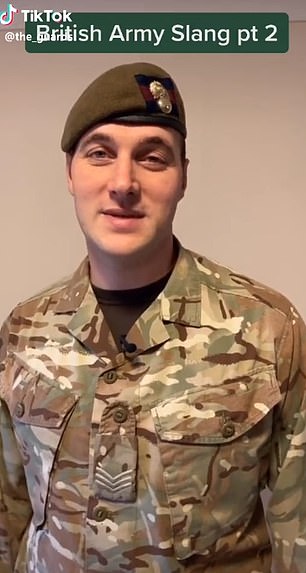