Google has split Family Link into two applications. Previously, the parental control service was offered in a single app which was installed on the devices of parents and children alike. The existing listing has now become Family Link for parents and a second app, Family Link for children and teens, has been introduced. After installing the latter on a child’s device, parents can control it directly from their dedicated app.

Previously, Family Link was designed for children under 13 years old. The switch to a pair of apps brings teen monitoring controls, which were announced a few days ago. Already this has lead to backlash from teens with reviews on the Play Store culminating in a 2.2 score as of today for the children & teens app.

Conversely, the parent app has garnered generally positive reviews. The ability to monitor teens with the Family Link service was widely requested, however there was no ability to do so because most teens use full-fledged Google Accounts. This limitation no longer exists.

For Family Link to work for teens, both parties must give permission from their accounts. Teens are also free to turn off the supervision. These features are markedly different from Family Link for kids under 13. When teens opt to disable Family Link, the parent will receive a notification informing them that account supervision was turned off. Doing so also engages a temporary device lock.

Family Link for parents gives controls over youth devices such as locking the device, setting screen time limits, locating children, and managing apps. Google also suggests teacher-recommended apps which can be installed remotely from the parent’s device. Furthermore, Google is also expanding the Family Link features for Chromebooks in a future update to include screen time and app management.

Family Link should also soon be controlled via voice using Google Assistant. For example, parents could lock a device via voice command, which is bound to irritate teens who lose themselves in a game and ignore their parents. With a simple voice command, the teen’s phone can be rendered inaccessible until they do their chores.

This is the latest in a string of updates to the Family Link service. In April, Chromebook support was added and since then, Google has quickly expanded the service in a global rollout. It recently added support for 26 EU countries, bringing the EU total to 28 to comply with the European GDPR. Following this most recent expansion, Family Link is now available worldwide, but it “may be limited in some countries.”

You can grab the new Family Link for children & teens app from the Play Store below or from APK Mirror. The parent app only appears to have been renamed — the latest version is also available on APK Mirror. 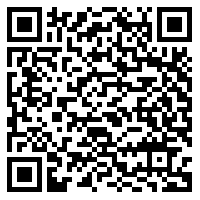