By Nick Craven for The Mail on Sunday

A smartphone app used as an add-on to Snapchat has been described as an ‘open door’ for bullies and sexual predators after a 12-year-old girl received an obscene message from an anonymous user.

The YOLO app allows users to pose questions anonymously with an ‘Ask me anything’ prompt.

Developed by a Paris-based firm called Popshow Inc, it has proved hugely popular with schoolchildren even though it says users should be 17 and over.

Child safeguarding charities last night warned parents to steer their children clear of YOLO because of the risks it poses.

Mother-of-three Alison Stevenson was horrified to find an obscene suggestion from an anonymous user directed at her 12-year-old daughter.

‘She asked to download YOLO because all her friends were using it, but I didn’t like the sound of it at all and said no,’ said Mrs Stevenson, 48, from East Molesey, Surrey. ‘A few days later, I checked her phone and saw that she had downloaded it.

‘There were some nice messages, but also some really horrific ones including indecent proposals which she quite honestly didn’t even understand.

‘This is an open door for bullying because you can say whatever you like and you don’t know where it comes from.’

The Mail on Sunday found the potential for misuse of YOLO, which stands for ‘You only live once’, is huge. When a reporter logged on, he was prompted to ‘Find your school’ before being given a choice of primary and secondary school chat groups all over Britain.

After choosing one state secondary school at random, the reporter was able to see – and could have potentially joined – an exchange involving youngsters. The app, where users are represented by avatars with little or no moderation or monitoring, was the brainchild of Popshow boss Gregoire Henrion, who last year admitted: ‘It was not supposed to be a success. It was just for us to learn. It went 100 per cent viral.’ 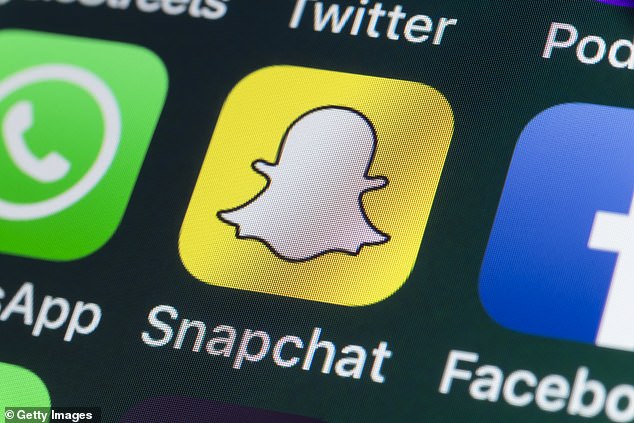 Last night, Andy Burrows, Head of Child Safety Online Policy at the NSPCC, said: ‘Any app which allows anonymous comments could easily be used to send harmful comments to users and, as you’ve found, if there are users masquerading as belonging to a school when that’s not the case, then that does open the door to the risk of children being groomed.

‘The site should be taking reasonable steps to ensure children are safe.’

Liam Hackett, CEO and founder of anti-bullying charity Ditch the Label, said: ‘Smaller developers often don’t have much or any safeguarding infrastructure so if they have a moderation team, it’s very small.

‘Social networks do have a significant duty of care to protect users. They’ll say people shouldn’t be on there aged under 17, but they’re not actually verifying users’ ages.’

Ashley Rolfe, Digital Marketing & Communications Manager of charity Kidscape, said: ‘Young people can suddenly feel very vulnerable and alone online because there isn’t that help from parents or a teacher intervening. Those age limits are there for a reason.’

Neither Snapchat nor Popshow Inc responded to a request for comment.