A pair of Utah parents who document their family life on a popular YouTube channel have had to publicly defend themselves against charges of child abuse after a recent video in which they revealed their teenage son spent months sleeping on a beanbag chair on the floor.

Ruby and Kevin Franke have long let viewers into their home with the YouTube channel 8 Passengers, which has 2.46 million subscribers — but when they recently shared details about their 15-year-old son Chad’s sleeping arrangements, viewers were up in arms.

In the video — which has since been deleted by re-uploaded by another YouTube user — Ruby and son Chad explained how he lost his bedroom privileges for a series of ‘pranks’ he played on his younger brother, and spent several months sleeping not in a bed but on a a beanbag chair.

Family: Ruby and Kevin Franke have long let viewers into their home with the YouTube channel 8 Passengers, which has 2.46 million subscribers 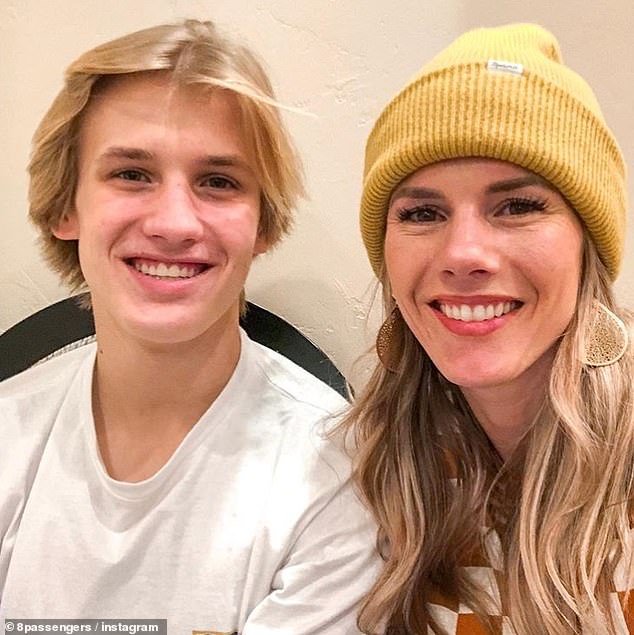 Controversial: Now they’re being accused of child abuse in light of a video in which punishment for their 15-year-old son is discussed

In the video, mom Ruby explained that Chad and his little brother Russell used to share a room.

But Chad had made a habit of bullying his brother, pointing a BB gun at his face and hanging him from a basketball hoop for several minutes.

In a particularly cruel ‘prank’, he woke eight-year-old Russell in the middle of the night, telling him to pack a suitcase because they were going to Disneyland. Once the little boy was packed and dressed, Chad revealed that he had made it all up.

So Ruby and Kevin came up with some measures to punish Chad until his behavior was under control.

When they moved into a new house, Russell was given the bigger bedroom with an en-suite bathroom, and Chad got the smaller one — but he didn’t even get to move in right away.

For a while, he had no bedroom at all, and would sleep in a beanbag chair on the floor. 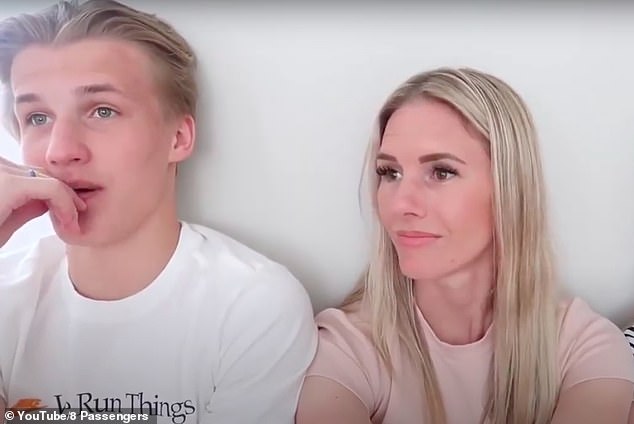 Banned: Chad admitted that he spent months sleeping on a beanbag chair and wasn’t allowed to have his own bedroom 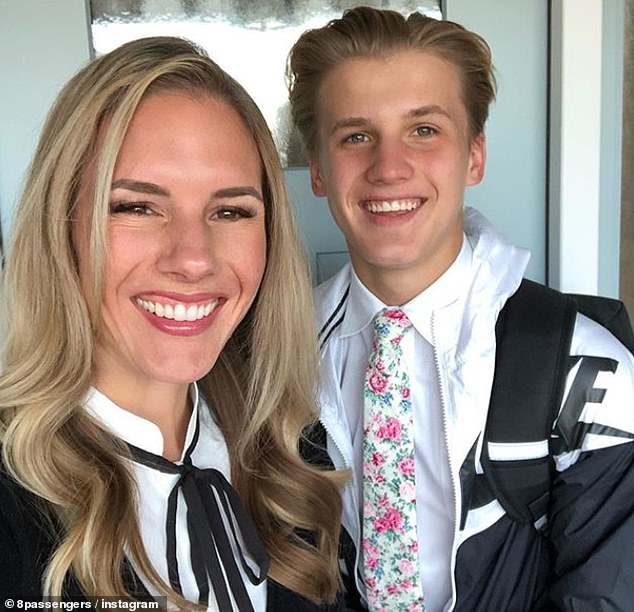 Taken down: He and his mother discussed the punishment in a YouTube video that has since been deleted

‘My bedroom was taken away for seven months,’ the teen said. ‘I was sleeping on a beanbag since October.’

Many viewers were horrified by the revelation, and quickly attacked the parents —who also have daughters Shari, 17, Abby, 13, Julie, 11, and Eve, six — and accused them of child abuse.

‘It literally breaks my heart hearing Chad saying he was sleeping on a beanbag and hearing Ruby say that chad has not have a room,’ wrote one commenter. ‘Take his phone not a bed Bc a kid needs to lay there head down and now there safe.’

‘Chad is going to be the kid that moves to the other side of the country and only come home for Thanksgiving and Christmas,’ said another.

‘I wasn’t the greatest kid. But I always had a room in my house. Who does that?!?? Who denies their kid a bedroom and bed?!’ wrote another.

‘This is really emotional abuse and it’s not okay to live like this,’ added one more.

More accusations poured in from TikTok users and drama channels on YouTube, and enough signed a Change.org petition that the Division of Child and Family Services in Utah visited the Frankes to investigate. 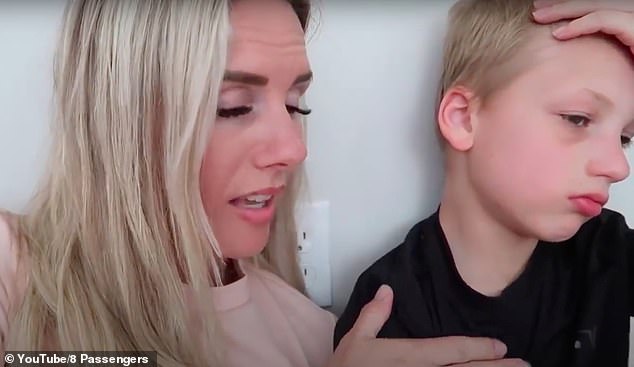 Yikes: Chad admitted to bullying his little brother Russell, including making him back for a made-up trip to Disney in the middle of the night, leaving the boy sobbing 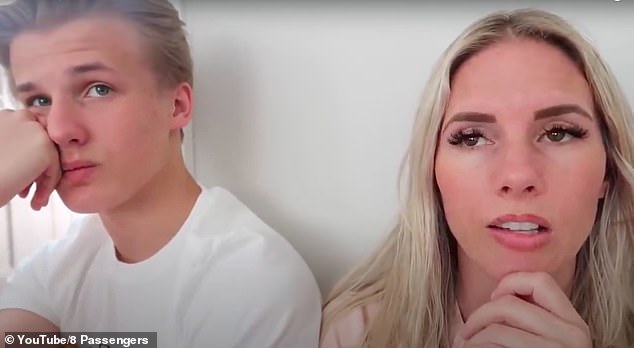 Rest of the story: But the parents say that they never forced Chad to sleep in the chair; he chose it and could have also slept on a pullout guest bed or an inflatable mattress

They spoke with each child individually, and ultimately closed the investigation because the claims were unsupported.

And according to the Frankes, that’s because this was all just a big misunderstanding, and viewers didn’t get the whole story.

Speaking to Insider, the couple denies that Chad was forced to sleep on a chair — and says that he was also given the choice to sleep on a pullout guest bed or an inflatable mattress, but chose the beanbag because he found it to be the most comfortable.

‘What people aren’t understanding is that we give our children choice in everything,’ Ruby said.

‘We are teaching our children to be self-governing, so it was always very open with our son that he gets to choose how long he’s separate from his brother, dependent upon his behavior.’

When Chad picked the beanbag, Ruby added, she told him it was OK for him to move around and sleep elsewhere whenever he wanted, as long as it wasn’t in his brother’s room (or his own new bedroom in the new house, which was still being renovated). 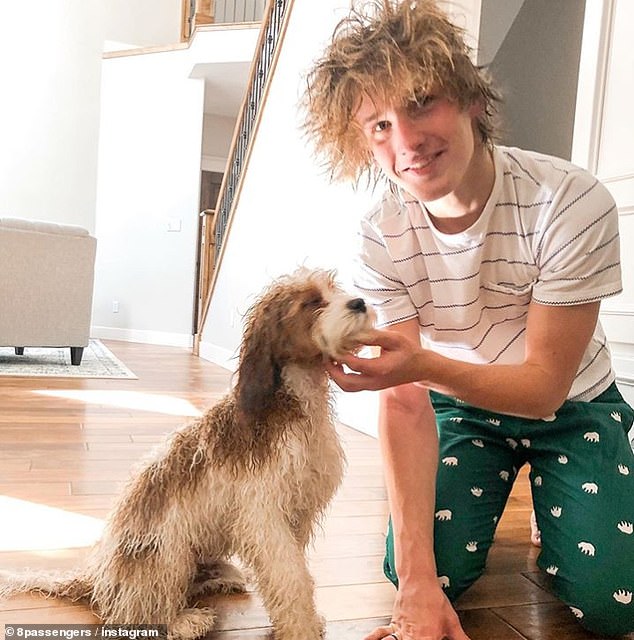 Signed off: They also insisted that Chad had approved the conversation being documented for YouTube 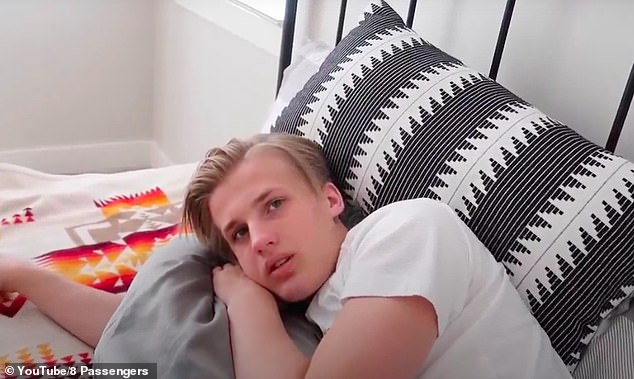 Woohoo! The video shows him happily back in his own room with a real bed

And even that punishment — giving up the privilege of having his own room — was doled out after ‘years of physical and emotional damaging behavior’ from Chad, who had also been suspended from school and sent away to a troubled teen intervention program.

Ultimately, Chad was allowed to have his own room again once his behavior had changed.

‘It just happened to take seven months for him to make that choice,’ she said.

Ruby also insisted that Chad had signed off on including the story about his bullying and punishment in the YouTube video.

Ruby and Kevin said that the reason some viewers got so upset is because they are unfamiliar with the family and ‘[didn’t] get the entire story’ so ‘they fill in the unknown with their own narrative.’

Chad, they said, is in a ‘wonderful place right now,’ and, ‘He’s definitely not chained in our basement.’

The couple also pointed to another time that they’d faced similar accusations, when their six-year-old daughter went to school without lunch. 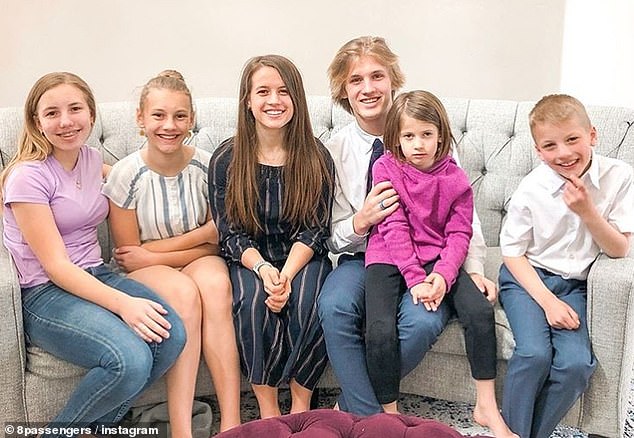 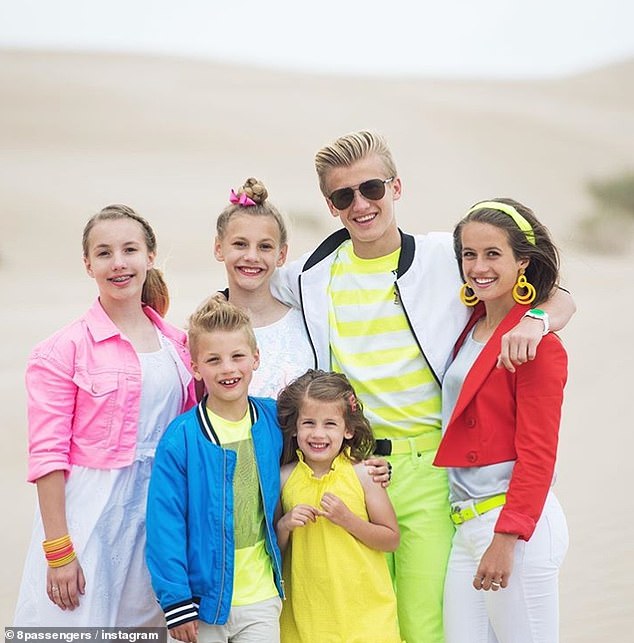 OK: The Division of Child and Family Services in Utah visited the Frankes to investigate but found nothing to support child abuse accusations

Kevin and Ruby received backlash after their six-year-old daughter went to school without lunch.

When a teacher realized that the little girl, Eve, didn’t have lunch, she called Ruby and asked her to bring some to the school.

Ruby, however, refused, saying it was the six-year-old’s responsibility to pack her own lunches.

‘[I] said, “Eve is responsible for making her own lunches in the morning, so the natural outcome is she is just going to be hungry. And hopefully nobody gives her food and nobody steps in and gives her lunch,”‘ Ruby said in a video at the time.

Ultimately, the couple felt justified by their tough love approach, since they said that Eve hasn’t forgotten to pack her own lunch since then.

What’s more, Kevin said that people making accusations against the family are the ones behaving badly — and not just because some have sent death threats or dried to get him fired from his job.

‘So many of these individuals are coming and they’re intending to do us harm by accusing us of exploiting children for money, yet they are here exploiting my children and my family for their own personal gain,’ he said.